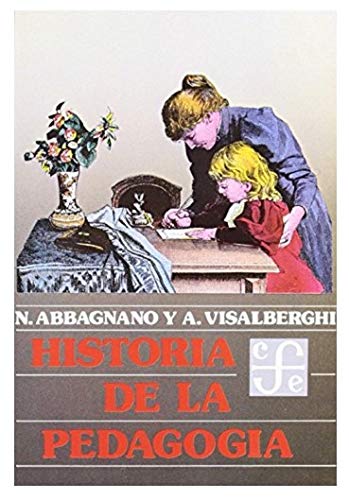 Through examples of comics poetry and experimentation with a variety of poetic forms including blackout and erasure poetry, collage, calligrams and concrete poetry, the framework encouraged participants to create new comics using a range of praxical visual-verbal techniques. Having introduced concepts and collected examples of comics poetry with Pachi, Mole and Selva, the next challenge was to design workshop activities that would inspire a group of strangers to not only create their own comics, but to collaboratively work towards the first Mexican publication of comics poetry.

Working backwards from the concepts to the publication outcome, we discussed what creative experiences, activities and materials were needed to realise the workshops and publication.

We considered each workshop within a cohesive framework and also as a self-contained module, analysing how each week's themes place, people, objects, symbols would develop an aspect of the participant's craft while simultaneously adding to the final publication. To enable Pachi and Mole to work more closely with participants it was decided that the group would be split in two, half working with Pachi to develop artworks and half with Mole to compose poems and descriptive fragments.

Groups had approximately 2. This enabled Pachi and Mole to provide guidance and feedback on each work before the final versions were inked. Rotation of groups also gave students time to compose a range of visual and verbal segments and in this way, segmentivity was not only present in the works but in the process of creation. With the course structure finally set, we worked with the team at El Centro de Cultura Digital to promote the workshops to potential participants. Guillermo and Pachi also created a 1-minute video to share on the El Centro page and other networks.

By the beginning of the course more than 30 participants, aged 18 to 35, were enrolled. Guillermo and I introduced each workshop, giving thematic background to Secretos de la Ciudad and sharing concepts for critique and creation of comics poetry. These introductory mini-lectures exposed participants to a range of comics poetry examples including works by Craghead, Jodorowski, Koch, Magallanes, Madden, Rothman, Stone and Tunis amongst others.

Sharing examples also gave way to discussion of how these comics communicated without conventional sequential frameworks. We then paired participants to identify and describe features of comics poetry that distinguished them from other comics they'd encountered. After a group discussion about features of comics poetry, Guillermo and I ran a 10 minute activity to overcome any anxieties about creating poetry.

Based on found poetry techniques used in Tom Phillips's A Humument and Austin Kleon's Blackout Poetry video, participants were asked to create a new poem by "disappearing" words from pages of Italo Calvino's Invisible Cities. The resulting examples by Bruno and Javier illustrate the spectrum of different approaches that are possible within this activity.

Existing poems, newspapers and discarded novels can also be used for "blackout," and by beginning with existing text rather than a blank page, participants are eased into poetic composition and concepts of text as image. Depending on time constraints, it can also be interesting to ask the group to read aloud their new poems. Following this warm-up, both Pachi and Mole presented their own mini-lectures featuring visual examples and videos from artists, authors and animators who had influenced their work or related to the theme of the week.

Translation of «praxis» into 25 languages

Their inspiration included images of clowns, photographs from a range of Mexican photographers, street art scenes and an animation of Bukowski's "The Blue Bird. With Mole, they explored personification of the city, giving voice to cantinas, market places, park benches or secret hiding spots.

Experimentation with typography of fragments and poems was also encouraged in the shaping of captions and speech balloons within their final piece. After introducing the workshop theme and examples of comics poetry, Guillermo and I ran a short group poem activity to encourage collaboration and use of photographs of people in the city as ekphrastic stimulus.

The activity invited participants to each compose a four line stanza describing the "secret" of someone within the image projected on the screen.

Stanzas were then read aloud to form a collaborative group poem and to show how a single moment or scene can be interpreted in multiple ways. Pachi and Mole followed the group poem activity with mini-lectures about their inspiration for characters and different visual and verbal processes and techniques for giving specific detail to people and characters. Using posters, comics and photographs of people and fictional characters within urban environments, participants worked with Pachi to develop their own images of characters within a secret city, or to develop a secret, masked or costumed character that hides within the city.

Working with Mole, participants used images of people as inspiration to tell the story or describe scenes from this character's secret life or experiences in the secret city. For this workshop we scavenged objects like buttons, dolls' eyes, pencil sharpeners, pipes and worn toys from markets across the city. We also borrowed items from Pachi's personal collection to create an object library for students to use as stimulus. We passed the button around the group and asked students to each imagine and write a short biography of the button, concentrating on its secret past and detailing how it had been lost and found, who had owned it and what made it so special.

After sharing the secrets of the button, the group was broken in two. Those working with Pachi were invited to select an item from the library that included objects like a kaleidoscope, glasses, masks, a thimble, toys and a set of teeth. Using comics poetry techniques and different objects as inspiration, each participant developed their own comic inspired by an imagined secret history of the object. Participants writing with Mole were also asked to select an item to use as inspiration in developing a series of poems about one or many objects that hold or held secrets.

The circular layout of masks echoes techniques employed by Koch in his comic poem "Stained Glass Window" as the poem can be read in multiple directions. Visually and verbally her comic functions as a metaphor for the invisible city of memory we each carry within our minds.

At the beginning of the final workshop Guillermo and I invited each participant to choose a tarot card major arcanas only from the deck. We then asked everyone to study the card and take notes interpreting the symbols and their significance. The group then discussed how symbols code mythologies and can be used to signal clues, hidden places, people, myths, histories and secrets. We linked the discussion to historic Mexican symbols like tlatoani and later misinterpretations as well as to authors like Alan Moore and Neil Gaiman who have used the tarot to shape comics.

Pachi then displayed a selection of historical symbols from Mexico and around the world, and asked participants working within his groups to develop their own visual and verbal symbols to code or mask their comic poem. Participants working with Mole used codex fragments to create allusions to symbols, both real and imagined, with the aim of writing poem fragments about a symbol or code previously forgotten or lost.


Both employ symbols of crosses, hearts and skulls that allude to the dark histories swallowed by conquistadors and catholic symbols. Arontes' typography blurs the lines between visual and verbal element, camouflaging poem text into the embellished background. Perhaps the most surprising outcome of the course was the level of engagement between participants and facilitators as they explored possibilities for comics poetry. Reference books, snacks, music selections and all manner of art supplies were shared by the group, intensifying the collective creative environment.

For the majority of participants Secretos de la Ciudad was their first comics publication. While participants had prior knowledge of comics, the concepts of comics poetry and tools of segmentivity were unfamiliar. Despite having little previous experience with these forms and devices, guided activities enabled all participants to produce at least two comics poetry pieces during the workshop and to realise segmentivity through practical application of the concept. At the end of each workshop, comics poetry pieces were collected in preparation for curation and design by Selva and Pachi.

The final digital and print editions of Secretos de la Ciudad were produced and printed by Ediciones Acapulco, December Copies of the publication were made available to all workshop participants and visitors of El Centro de Cultura Digital. Secretos de la Ciudad is just one of many possible manifestations of comics poetry and practice-led pedagogy. This course structure was shaped by manifold aims: To expose workshop participants to alternative comics concepts and modes of creation; to encourage practice-led learning and experimentation with visual-verbal comics forms; and to collaboratively produce a collection of comics poetry.

From a pedagogical perspective, one of the most successful elements of the course was the creative engagement and experimentation with concepts and forms of comics poetry. Further qualitative analysis is needed to determine the impact of practice-led pedagogy on understanding of comics concepts, however, it is clear that the praxical approach of Secretos de la Ciudad provided a platform for creative and critical exchange, interaction and experimentation with comics. Although comics poetry is still embryonic in comparison to traditional forms, inclusion of practice-led comics activities alongside of alternative, abstract and experimental comics can only serve to enrich pedagogy, creative practice and critical investigations of the "endless" universe of comics McCloud, Badman, Derik.